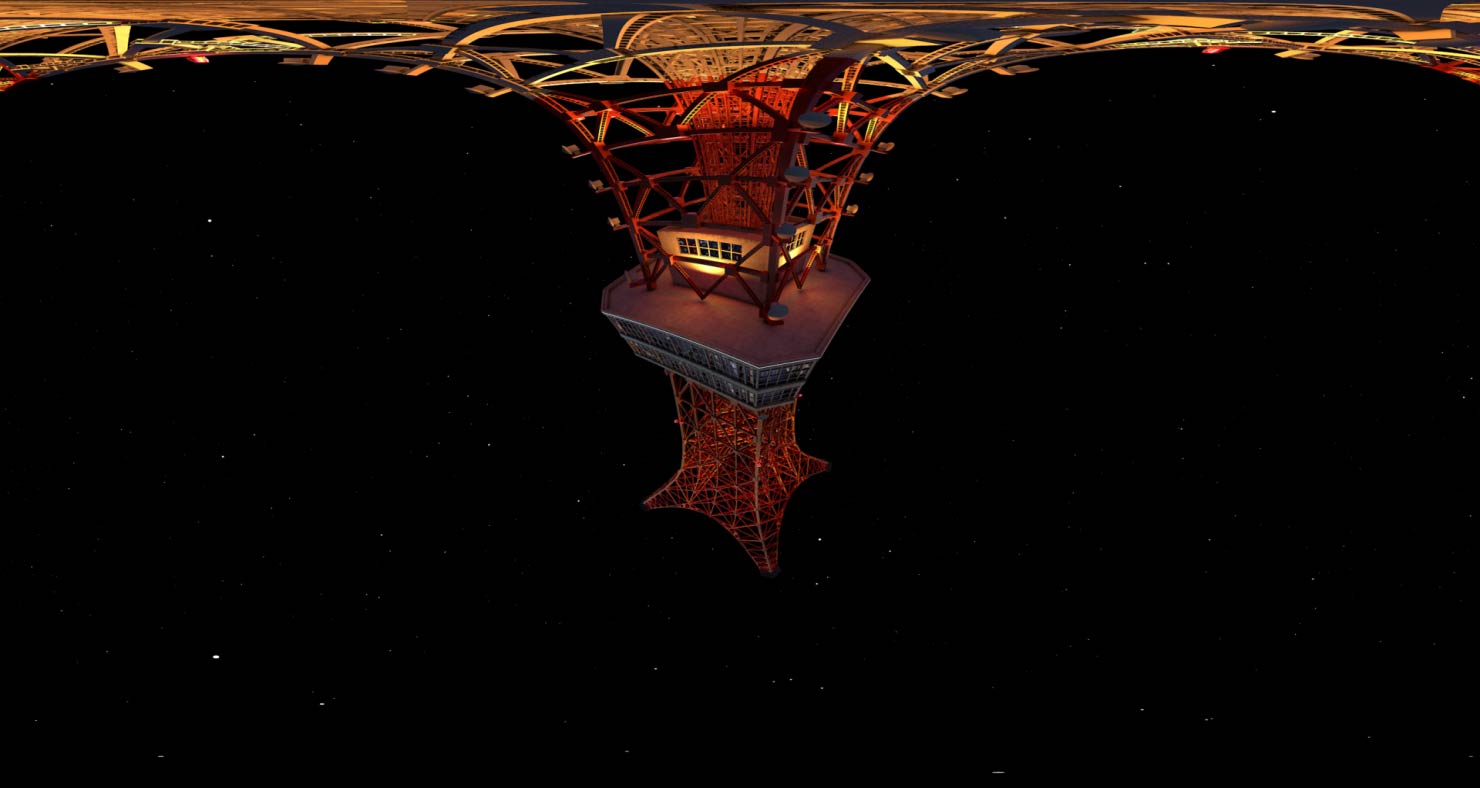 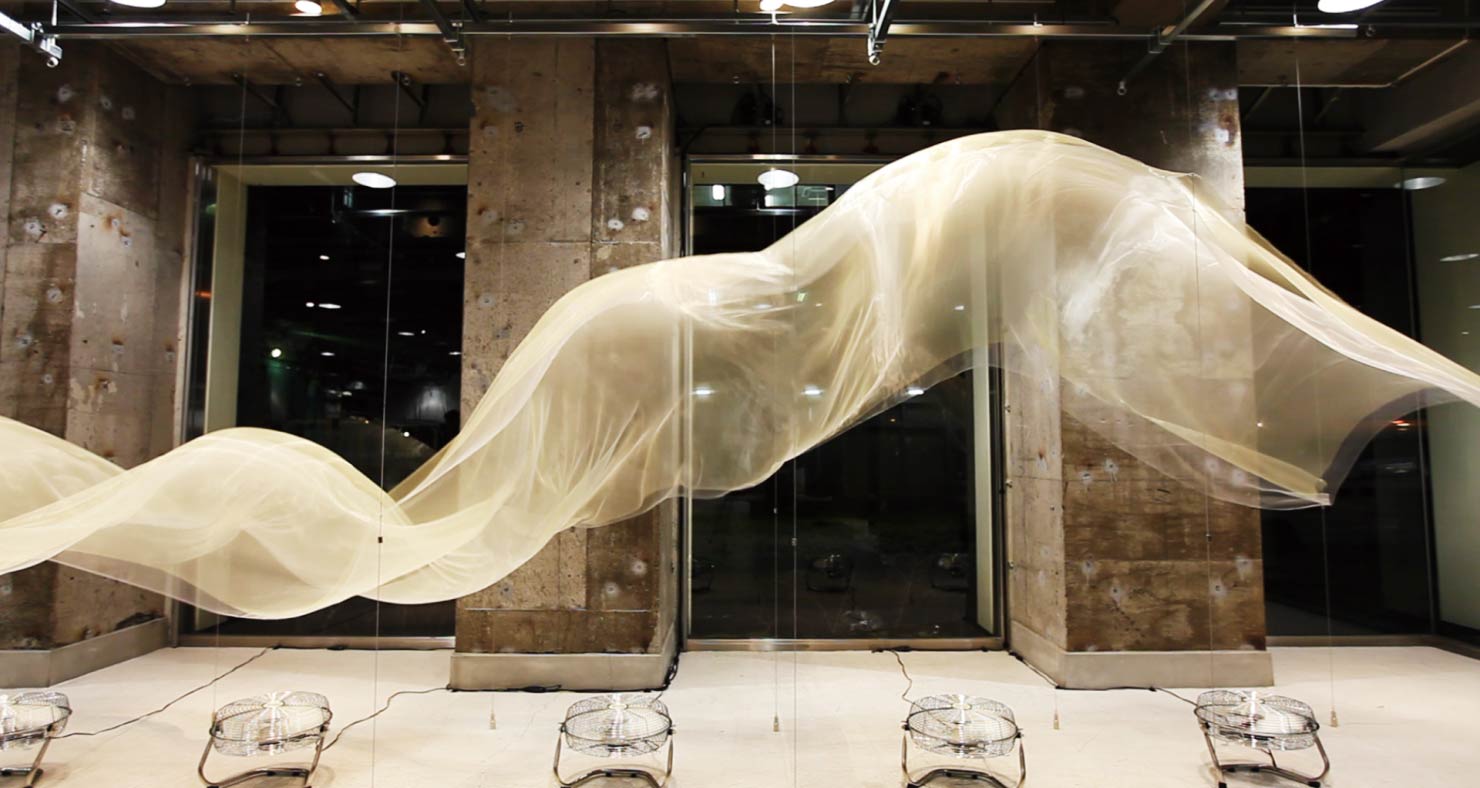 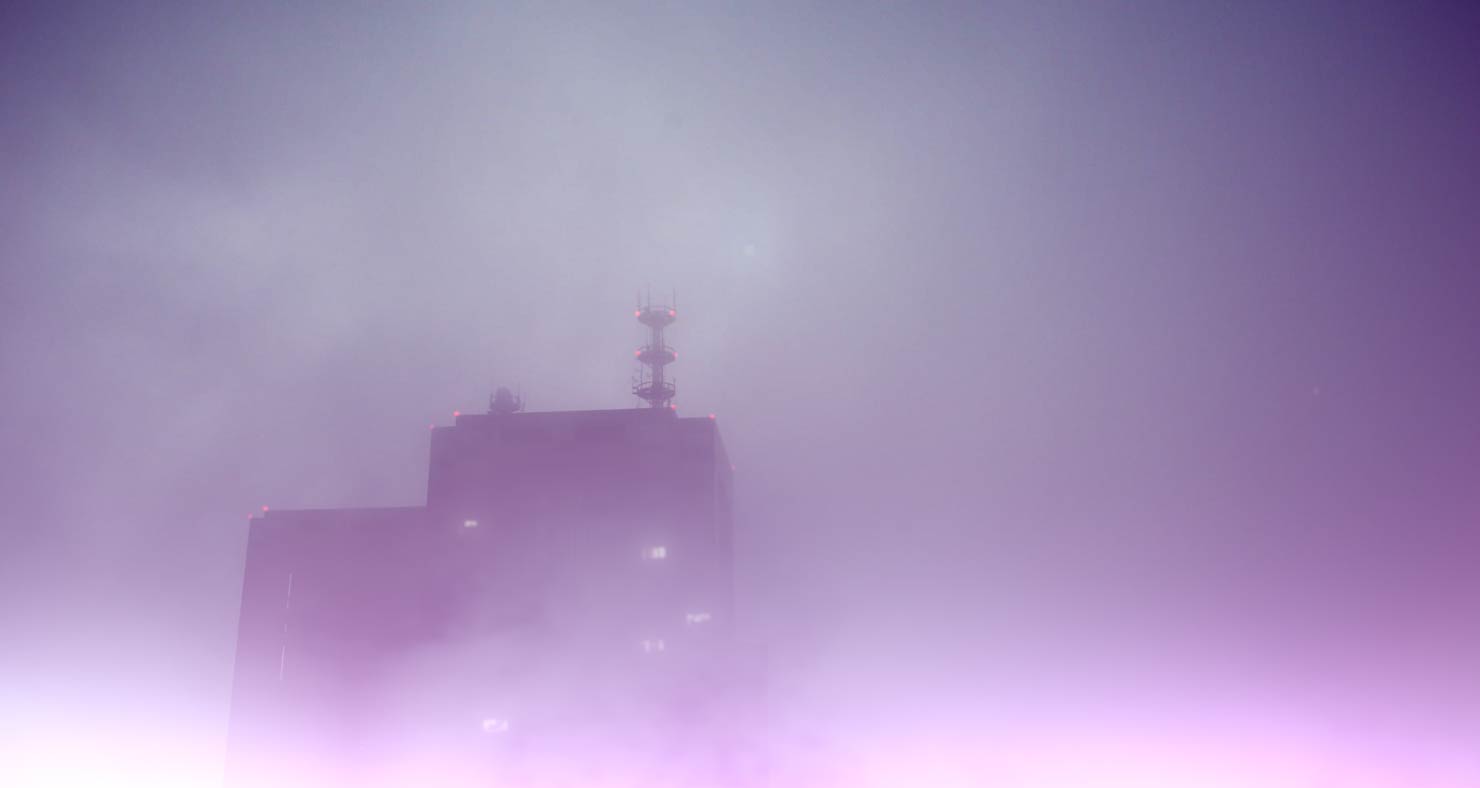 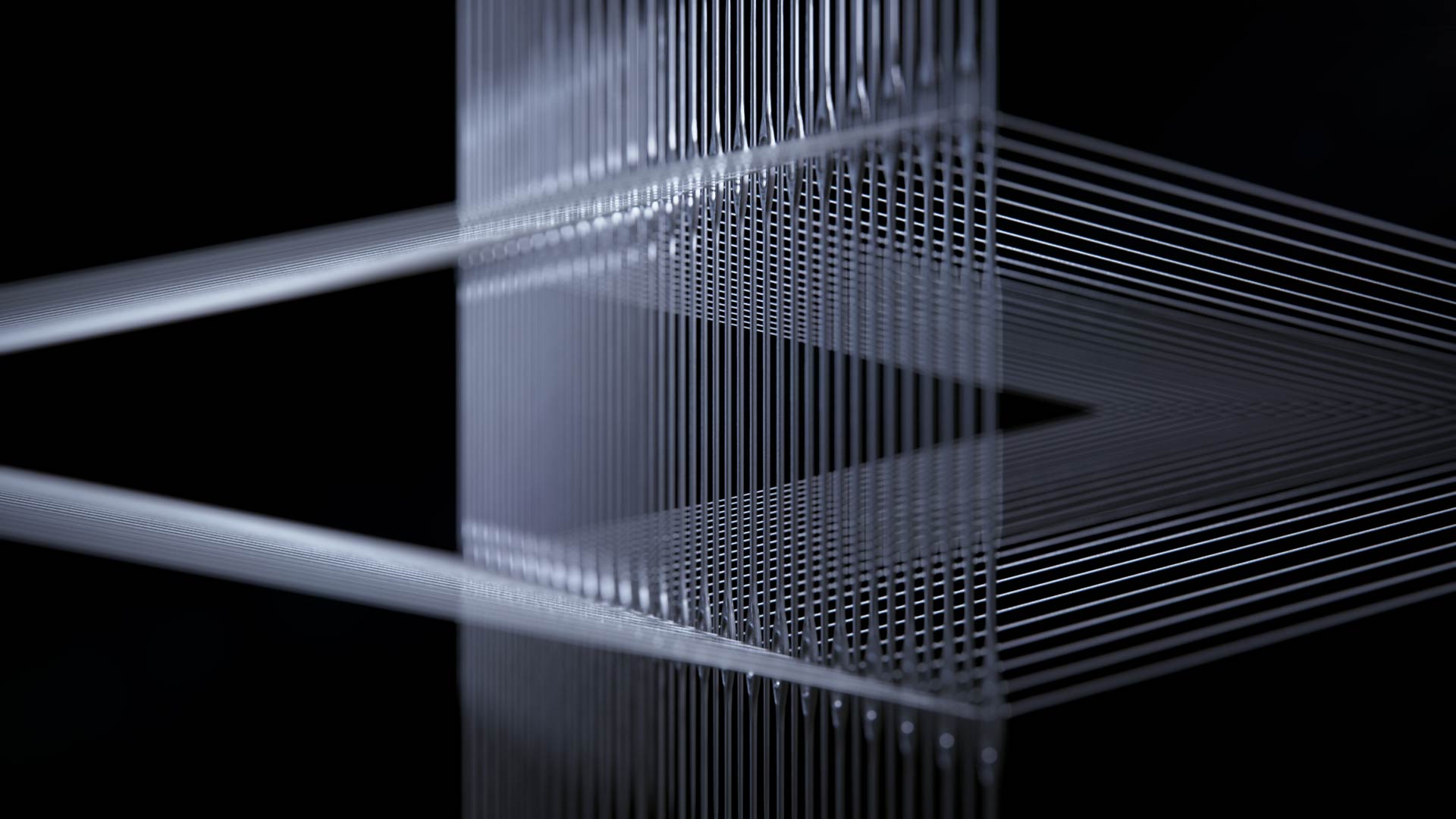 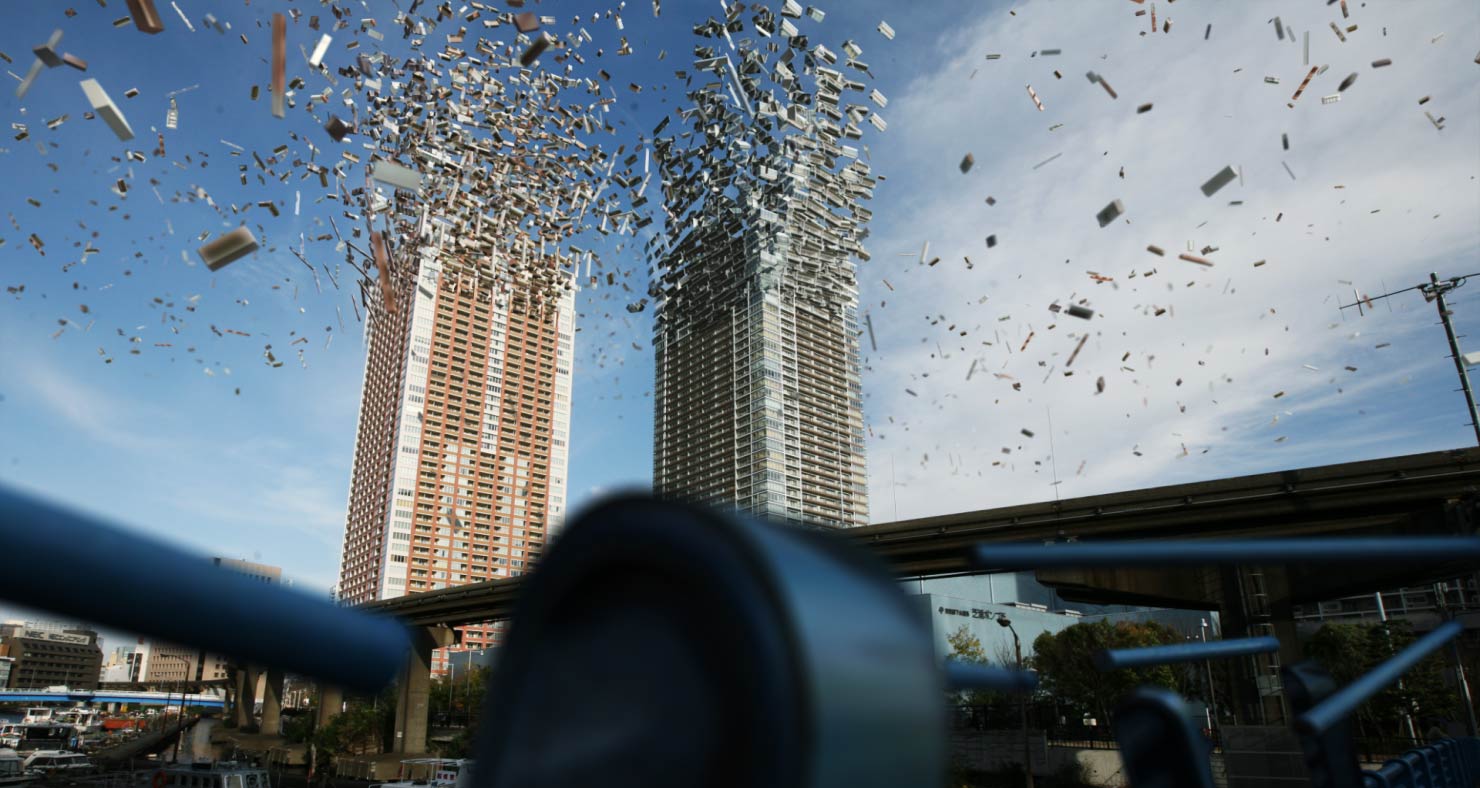 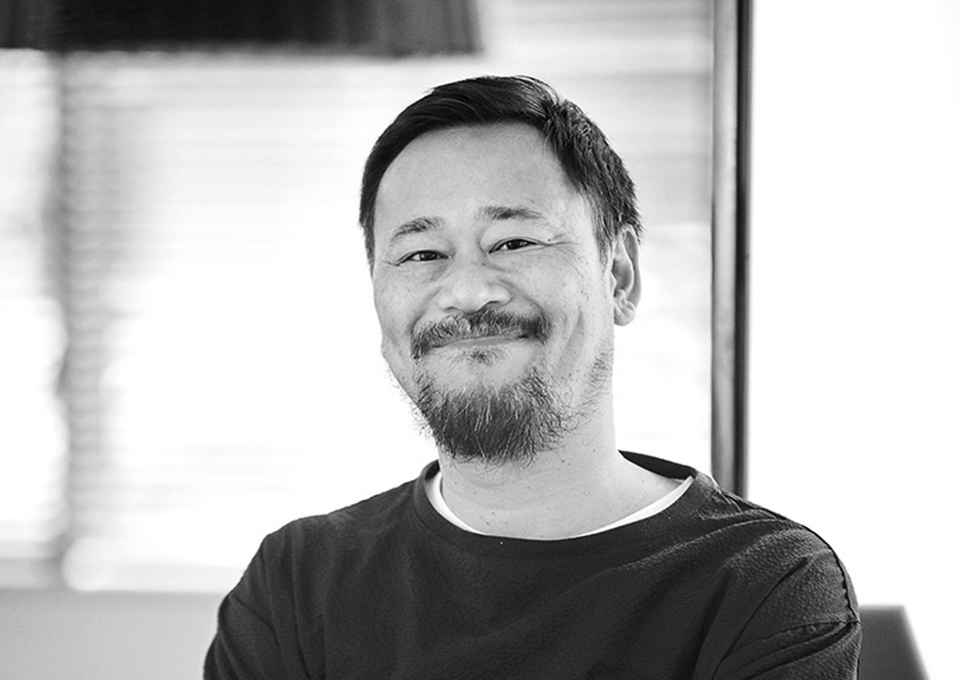 Takuma has directed or had his hands involved in many of WOW’s most prolific projects for over a decade. Works of note include Tokyo Dense Fog, Wind-Form, Infinity and Tokyo Light Odyssey. His work is less about the medium and more about the various landscapes where each project is conceived. He describes his inspiration coming from the everyday and personal life experiences surrounding us all. Recently Takuma has been focusing his direction towards non-linear storytelling, art works and other installation projects. He is often featured on popular design blogs such as Vimeo Staff Picks and Motionographer.

Installation, 360-Video｜2016
From the lights of skyscrapers and homes, to the neon street lights and headlamps of cars and trains in motion… fragments of the city float like stardust out of the darkness against the curtain of the night sky. This new vision of Tokyo is explored with omnidirectional motion graphics.

This work was born from "Beyond Motion Graphics" an internal company project at WOW aimed at exploring new possibilities for motion graphics. In using VR technology, consideration was given as to what kind of images to showcase and express as pieces of art.

About the Exhibition
This VR film installation exhibited at the Japan Media Arts Festival 20th Anniversary Exhibition, ‘New Styles, New Artists: The Contemporary Trend of Artists,’ opened on October 15th to November 6, 2016. A dome-shaped screen with a diameter of six meters was built for this exhibition. We developed two versions of the work: one is an installation work that can be viewed by looking up at the film projected on the screen, and the other offers a full celestial sphere experience by wearing an HMD.

Vimeo
Staff Pick and Best of Month in April, 2018


▶The exhibition “WOW: City Lights and Woodland Shade” will be held at Japan House London.

ISSEY MIYAKE | 2019
About the work
Responsible for planning, directing, and creating the concept video and installation for the new original “WAKU” bag sold at Issey Miyake's new “GOOD GOODS ISSEY MIYAKE” store. The store has a variety of goods that get close to people's lifestyles and bring color and fun into everyday life.

About the concept video
WAKU = A lightweight self-supporting bag Inspired by architectural structures. An exciting and fun video composed of an interesting animation of various objects falling to the ground as well as easy music created by the sound of the falling objects. Finally, a single piece of cloth wraps all of the objects into a self-supporting bag, which expresses the bag's characteristic truss structure.

About the installation
A large display and six iPads are linked to produce a view of the world of WAKU. Using programming, an installation is displayed, through which the sound of objects falling randomly on the screen are heard like music.

SHISEIDO｜2016
This is an installation work for the event of SHISEIDO ULIMUNE 2nd Anniversary that uses wind and an extremely thin, light cloth (organdy). The cloth is blown by the wind, causing it to flutter in various directions and form a three-dimensional shape and pattern of movement. If the wind is removed for a moment, the cloth is pulled down by the force of gravity and as it falls it resumes its original shape. The interwoven shape and movement of the cloth and wind is simple and beautiful, mesmerizing the observer as a persistent, endless natural phenomenon.

About the Exhibition
Many different animations using cloth were created by placing 12 units of air circulators in the inner circle (4.8m diameter) and 18 units in the outer circle (8m diameter), and controlling their respective outputs.

NIKKOR Motion Gallery｜2015
These images show the face of Tokyo through a dense fog and the scattering of light. It captures the many faces that Tokyo shows in a day, and transforms into a poetic and dreamy landscape swallowed up by a perfectly white world. The light is scattered by countless droplets of water, shimmering in the air.

About NIKKOR Motion Gallery
The NIKKOR Motion Gallery is a new project on “NIKKOR.com” that introduces a wealth of new opportunities for motion graphic imaging, made possible with NIKKOR lenses. Top artists from a wide range of fields have come together to expand the world of video imaging, and in so doing have created a completely new genre of work made possible thanks to the combination of NIKKOR lenses and Nikon cameras.

ISSEY MIYAKE｜2014
WOW was in charge of planning, producing, and directing the conceptual movie for ISSEY MIYAKE’s 2015 Spring and Summer collection. The announcement was made at a public event at a specially erected tent at Paris’ Jardin des Tuileries in September 26th, 2014. In the creation of this collection, a “3D steam stretch” method was applied to the weaving process to produce mathematically accurate three dimensional shapes.

From just one initial strand of thread, a flat solid surface begins to take shape. The steam helps to shrink and fold the cloth. After first forming a flat surface, it continues its transformation into a variety of three dimensional shapes. This ‘3D Steam Stretch’ technique was applied throughout the design process, making for a very long and complicated design process.

So how were we to instill in the viewer a deep sense of appreciation for the finer details of such subtle and intuitive design? And how could we express a sense of passion and dynamism for this product, which was created through the application of such innovative technology?
To best present this collection, we endeavored to use a non-verbal and organic style of expression, which will hopefully allow it to be used as an explanation tool even after this collection draws to a close.